At the end of the year we like to take the opportunity to recognise the students who have put the most amount of effort into their training and who have got the most out of it as well. 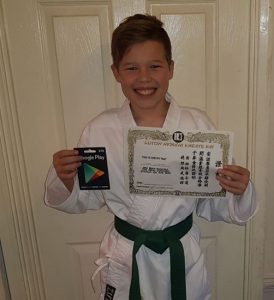 Congratulations to Ethan Kiernan on winning the Junior Student of the Year award. He has trained hard and consistently, and has made excellent progress, culminating with being awarded his green belt in the December grading.

He is always attentive and tries hard, making him a pleasure to teach. 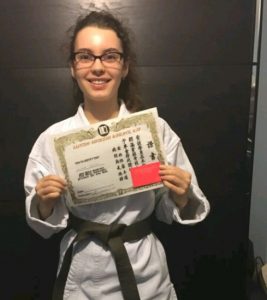 Congratulations also to Dona for being awarded the Senior Student of the Year award. With her text book basics, she has enjoyed a meteoric rise through the grades with an unprecedented two double gradings.

She was awarded her brown belt in the December grading and we expect a lot from her in the years to come!