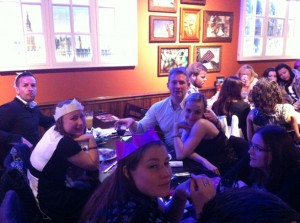 The last lesson had been and gone and the Lunatics now found themselves with little to do except to celebrate the achievements of the past year with the annual Xmas party.

This year the venue was Jimmy’s World Bar & Grill where the all you can eat buffet was put to the test. The obligatory “see how many plates you can consume” challenge was part of the evening with Black Belts and lower grades vying for the title.

As usual, it was won by Sensei John Hurley but some of the lower grades put in such a determined effort that one did not eat again until 48 hours later.

The cocktails also came under fire with numerous pitchers being ordered and consumed in short order. 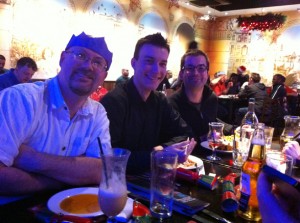 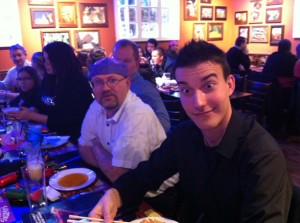 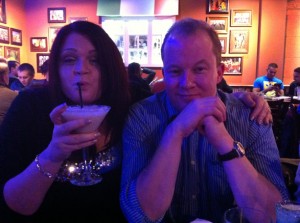 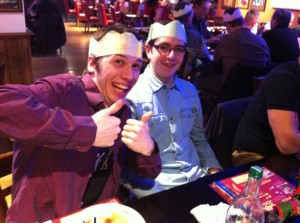 It was then on to The Crown to continue the nights festivities and really welcome in Christmas and the New Year.